Introduction: Atypical Fibroxanthoma-like amelanotic Melanoma is a very rare form of melanoma described in Literature (I-III) that creates many problems in terms of differential diagnostics. In particular, this Melanoma can emulate many skin cancers and benign skin conditions (III), and its correct diagnosis is of fundamental importance for the nosographic classification of the lesion, its correct oncological management, and, therefore, for the best possible outcome for the patient. We will report on a rare case of Melanoma with the morphological characteristics of Atypical Fibroxanthoma (AFX) that clinically emulated a fibro-ulcerative lesion and that created diagnostical problems in our practice. We will also propose a review of the current literature with particular emphasis on the clues that can reduce, if not avoid, the possibility of diagnostical error.

A 93-year-old man came to the University Dermatology and Venereology department following the identification of a lesion to the right auricle, of approximately 1 cm maximum in diameter, that had been present for about 2 years. The lesion had been interpreted by the dermatologist as a fibro-ulcerative tumor without suspicious dermoscopical appearance. The lesion was excised, fixed in Formaldehyde, and a 10% swab was taken and sent to the University Pathological anatomy department. After the sampling, paraffin histology and preparation on microscope slides, some sections were stained with Hematoxylin-eosin and observed in a microscope. The lesion was centered in the dermis, ulcerated and made up of spindle cells with pleomorphic, hyperchromatic and sometimes nucleolated nucleus, moderate to high eosinophilic cytoplasm and arranged in fascicular and sometimes casual order. (Figure 1). There were also giant, multi-nucleated, Touton-like cells, especially in the superficial part of the lesion. (Figure 2a). At a higher magnification several mitotic figures could be seen, of both typical and atypical nature, and there were outbreaks of inflammatory lymphocytic peritumoral penetration (Figure 2b). Phenomena such as necrosis or hemorrhage were not evident. The dermo-epidermal junction did not present any junctional melanocytic growths, and there were no significant alterations. The morphological characteristics were coherent with the diagnosis of a fibro-ulcerative lesion of Atypical Fibroxanthoma type. However, some immunohistochemical tests were carried out in order to confirm this clinical and pathological diagnosis.

The immunohistochemical tests for CD-10 (specific marker for AFX) were negative (Figure 3a), together with Vimentin, CD68 (PGM-1), CD34 and CD31 (not shown). Immunostaining for the S-100 protein was highly positive in cancerous components, including in the giant Touton-like cells (Figure 3b), whilst the reactions for Melan-A and HMB-45 were negative (Figure 3c). Immunohistochemical tests for p40 and p63 that resulted negative were also carried out in order to exclude the possibility of a pseudo-sarcomatous squamous cell carcinoma. According to the immunohistochemical profile, the hypothesis of melanocytic lesion was suggested and the specimens were re-evaluated in the light of this new suspected hypothesis. Some positive mast cells, CD117, and triptase as well as some small nerves deep down in the lesion were identified.

Therefore, the diagnosis of neurotropic Melanoma with diffused phenomena of desmoplasia was made.

Melanoma is one of the most aggressive malignancies (III). Its correct identification and consequent diagnosis is of fundamental importance in order to correctly manage the patient. Melanoma can emulate many different tumors such as dermatofibrosarcoma protuberans, malignant fibrous histiocytoma (MFH), myxofibrosarcoma (myxoid MFH), malignant hemangiopericytoma, and malignant schwannoma, which leads to many problems for the pathologist3. In particular, we will describe a case of a very rare variant of Melanoma with morphological characteristics similar to Atypical Fibroxanthoma. This variant has very rarely been described in literature, with only 5 cases found in research published on Pubmed and Medline (I-IV). More specifically, 5 cases by various authors have been described (I-IV), all in elderly patients (>65 years) in parts of the body exposed to sunlight (mainly head and neck) and in at least two cases, just as in ours, the clinical hypothesis did not take into account the possibility of melanoma. Comparing our case to those in the Literature (I-IV), in two cases the immunohistochemical markers (S-100, Melan-A and HMB-45) came out completely negative, making diagnosis even more difficult. Our case presented high positivity for the S-100, protein, which allowed us to come more easily to the hypothesis of a melanocytic lesion. Another very important aspect consists in the fact that the lesion in our case had clear ulceration, making it impossible to visually identify an area of melanocytic junctional proliferation that would have helped the diagnosis of Melanoma, also using H&E. The diagnostic clue in our case was the discovery of some small deeply-embedded nerves and the presence of some mast-cells (CD117 positive), that are characteristic of neurotropic/desmoplastic Melanoma. Although morphologically the lesion emulated an AFX, the negative result for CD-10, CD-68 (PGM-1) and Vimentin was not in line with such a diagnosis, and the simultaneous negative result for Melan-A and HMB-45, with only S-100 being positive, made the diagnosis even harder. Making a potential differential diagnosis between primitive or metastatic lesion was practically impossible in so far as the absence of melanocytic junctional proliferation did not allow us to be certain vis-à-vis the primitivity of the tumor, even though imaging examinations (CT/MRI) did not reveal tumors in other areas of the body.

In conclusion, we have described the sixth rare case of AFX-like amelanotic malignant melanoma, which is a very rare entity that can be difficult to diagnose. Correct immunohistochemical testing together with the knowledge of the existence of such a variant is of fundamental importance so as to correctly identify the lesion, hence avoiding incorrect diagnoses.

© Copyright 2020, All Rights Reserved. Use of this content signifies your agreement to the T&Cs of Unified Citation Journals

This communication and any documents, or files, attached to it, constitute an electronic communication within the scope of the Electronic Communication Privacy Act (https://it.ojp.gov/PrivacyLiberty/authorities/statutes/1285)

With Product You Purchase 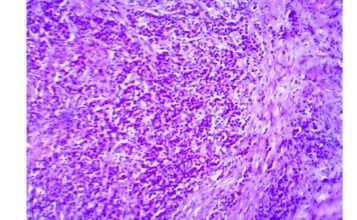 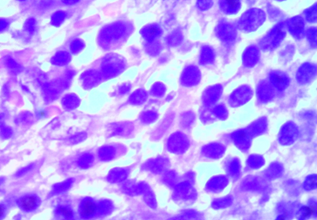 A Case of Stomach Tumor that Changed Histopathological Appearance After Chemotherapy 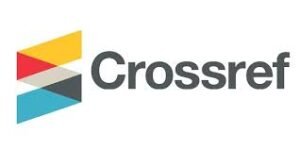